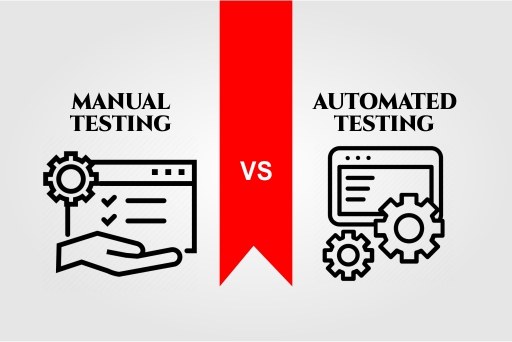 There are two software testing methods – manual and automation. The struggle, however, remains – which method is better and more efficient? To better understand the pros and cons of both approaches, let’s take a better look at each method.

Automated testing refers to the process by which testers make use of tools and scripts to automate testing attempts. And, this testing method requires testers to write test scripts that will make the test execution automatic. ( a test script is a bundle of instructions to be performed on a target platform to confirm a feature or an expected result).

Having learned the differences between these two software testing methods, here are some areas they differ in application.

In manual testing, a human being takes their time to input and perform the tests step by step. Manual testing gives some feedback on the usability and the app’s behavior, along with how well it functions. All a manual tester does is attempt to play the role of a possible user by doing everything an actual user would do and also by exploring the features of the app. Manual testing checks the functionality, speed, battery consumption, during application development before the release date.

Automated testing, on the other hand, involves the use of pre-scripted tests, which are implemented on an app before it is published into production. It helps to locate errors in an app faster by running tests periodically and repetitively to find and fix bugs early.

Manual testing aims at scrutinizing the user experience of the app by getting different humans to use the app under diverse circumstances. This method helps you to understand what it feels like to use the app. The tasks in applying this testing technique are purely manual and do not involve the use of scripts.

Automated testing tests all the functionalities in an app via the use of specific tools like pre-scripted tests. All the tasks are automated, and the use of precise user simulations are employed.

Manual testing is tedious, time-consuming, and requires more human resources. However, it is quite stronger and can handle scenarios that are a lot more complex and complicated.

Automated testing covers more grounds and gets more down in lesser time and can cover more permutations. However, it demands coding expertise and also tests maintenance.

Manual testing handles reviews and examines the app’s user experience.  It helps you see if the buttons are fixed in the correct positions if the button sizes are big enough if they overlay, and if the colors are good-looking.

Automated testing handles repetitive tests, while manual testing involves complex test cases. Hence, both are needed. The best way for software testing companies to up their skills is to combine both manual and test automation.